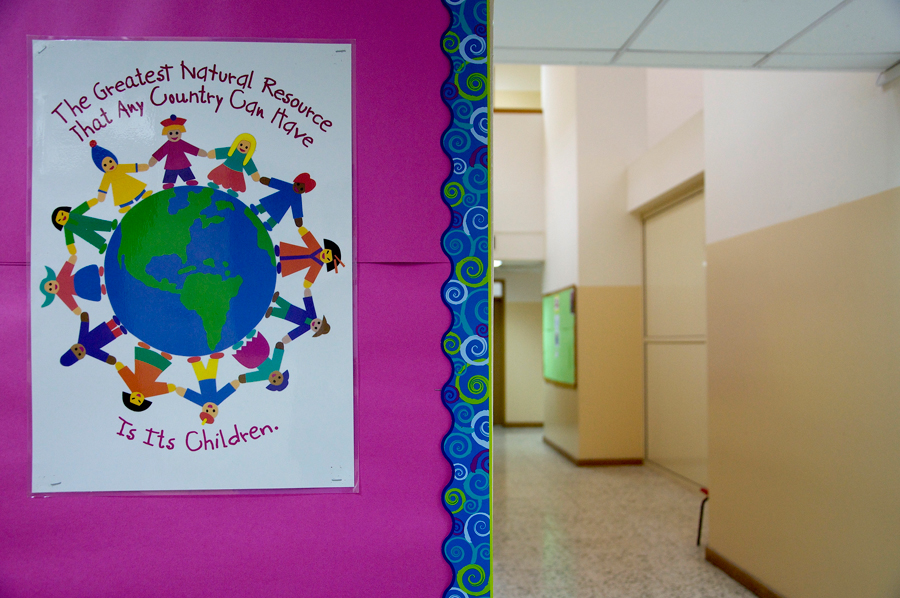 Qatar has invested billions of dollars in its higher education institutes, but educators say that high school students remain woefully unprepared for the transition to college.

That is in part because a third of all high school teachers in Qatar do not have recognized teaching qualifications, a report by the Supreme Education Council (SEC) states.

Another reason is because Qatar has spent a considerably short amount of time developing its education system compared to other countries, said Margaret Bishop, a leadership trainer at the SEC.

Secondary school education reform began in Qatar in 2004, when ministry schools, now known as independent schools, began preparing to teach according to internationally recognized standards of education. The teaching profession was nationalized and set curriculums were put in place.

Although students in the newly reformed independent schools have seen improved scores in new national assessments in Arabic and English, most students are yet to meet the full standards of the reform. Experts in the education field say that although the reform was initiated almost a decade ago, it will take some time for the full results of the reform to be seen.

“(The reform) is there – it has been there for sometime – but reform does not take a year or two, it takes time,” said Ibrahim Al-Naimi, the director of Community College in Qatar.

The addition of six top American universities in Qatar has also raised the bar in terms of what is expected of high school graduates. As a result, many graduates face difficulties when applying to universities, especially those run by Qatar Foundation.

According to students interviewed, the main issues that they face in high schools include a shortage of qualified teachers, a weak foundation in English and a lack of motivation.

“I had to go through a process of suffering and I had to improve my English a lot,” said Noor Al-Tamimi, a 19-year-old Qatari student who graduated from an independent school in 2010. She said that although she was in an advanced English class, the standard of English taught was “what you would learn in ninth grade.”

Low motivation also played a role, said Ahmed Shaheen, another independent school graduate. “The problem was with the students because the students didn’t have the right atmosphere. They weren’t serious in education,” he said.

Once enrolled into college, educators say that a gap in knowledge and skills continues to act as a learning obstacle.

“I had to learn very quickly how to deal with students who came from Qatari schools and were not ready to enter foreign universities,” said Magda Roston, a literature professor at the Academic Bridge Program (ABP). “This is where I started noticing the gap.”

To narrow this divide, Qatar Foundation founded ABP in 2001 “for the purpose of providing an assistance mostly to Qatari high school graduates who want to study in English,” said Dr. Miles Lovelace, director of the program.

Maha Al-Rumaihi, assistant head of senior school at Qatar Academy, a private institution, and a former independent school principal, said that the requirement will put a lot of pressure on the teachers who already have their certifications.

On the other hand, Roston said that this new requirement would create more respect for teachers within society by making teaching a more exclusive profession. She also said that creating stricter regulations would further close the gap in education.

“Without good teachers, you can’t implement even the most fantastic reform in the world,” Roston said.

Maha Khalid, who previously worked as a translator during the education reform, said that it would take time before real effects are seen in the realm of education. But for now, “the students are the real victims,” Khalid said.