Qatar’s water consumption is among the highest in the world, but that usage is taking its toll. Aamena Ahmed and Ardinny Razania report. 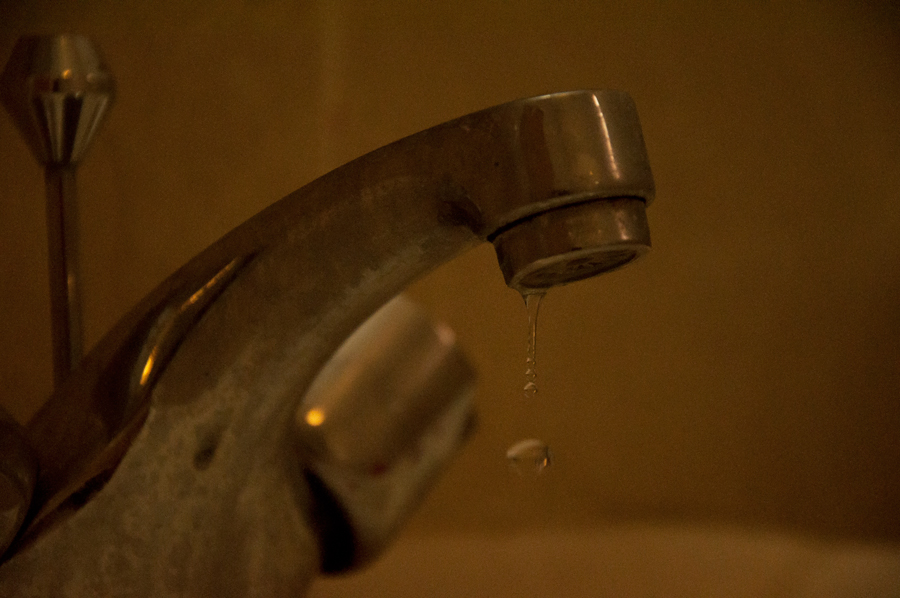 That’s how long Qatar’s water supply will last if an emergency strikes.

Despite this, the desert nation’s consumption of water is among the highest in the world, according to a recent report released by Kahramaa, Qatar’s national utility company.

Qatar’s expat residents consume a per capita average of 150 liters, or nearly 634 cups of water per day. But nationals consume eight times that amount, or about 5,100 cups of water per day, said Mari Luomi, a post-doctoral fellow of Middle Eastern studies at Georgetown University School of Foreign Service in Qatar.

“Looking at Qataris today, I am disappointed in the way they use and waste water,” said Mohammed Janahi, a senior Qatari student at Carnegie Mellon University in Qatar. “It seems like we’ve been blinded.”

Because Qatar has little fresh water, the country’s burgeoning population depends on desalinated water, which accounts for 99.9 percent of drinkable water.

For many, such consumption is a given because of the region’s dry climate, heavily subsidized water and what some say are emerging materialistic practices.

Qataris don’t pay for water, and water bills for expats are also the lowest among the region, said Renee Richer, a biology professor specializing in ecology and the environment at Weill Cornell Medical College in Qatar.

“We’re not paying the true cost of that water, so there is not a lot of incentive to be water-conscious,” Richer said.

And for Qataris, water consumption is directly related to the income and social status of the country.

“If you have a five-member family, then you have at least six to seven cars,” said Sree Pillai, senior environmental specialist at Qatar Foundation. Those cars are washed often – almost every day, he added.

“Qatar has a very high industrial output, so it’s growing very fast,” said Patrick Linke, a chemical engineering professor in Texas A&M University at Qatar. “Normally, energy use and water use go together with economic growth.”

“It’s a very dry country and so you have a lot of water consumption, if you have swimming pools for example, ” he added.

Qatari nationals also have bigger houses and gardens than most people in the world, said Dr. Nawal Sunna, senior water quality specialist and head of Kahramaa’s health, safety and environment department. “People here like grass, and like to see green places. They like to see fountains,” she added.

But the expensive price of the desalination process isn’t only reflected in the rich lifestyle of the nation. It’s also becoming increasingly apparent in the country’s deteriorating marine ecosystems.

“Essentially what we’re putting back into the Gulf is this warm, excessively salty brine (water). When this hot salty water is released, the area around that release is called the plume, and so whatever is in that region is going to be adversely affected,” Richer said.

The harmful effects of this artificial water aren’t only evident in the environment; Qatar’s residents also pay the price for consuming it, said Imad Jawhar, certified environmental trainer at the Occupational Safety and Health Administration in the United States (OSHA). When taking showers, the chemicals used to treat desalinated water come into direct contact with our skin and hair, he said.

“A big average of people are facing hair loss and it’s due to the chemicals used in the water,” he said. “The cost of desalination is not a joke! It’s a serious cost.”

But recently, Qatar has taken several measures to educate its youth on water scarcity and help secure its water supply for the future.

The country plans to build five “mega” reservoirs on the outskirts of Doha by 2016, Construction Week Online reported.

But despite these efforts, Qatar has plans to build more desalination plants for the future, with some already under construction, said Riad El-Talatini, an environmental specialist at Qatar Electricity and Water Company. And as the number of desalination plants increase in Qatar, their harmful impacts will become clear, Richer said.

There should also be concentrated effort that starts from homes to farms, to government offices and industry sites, said Samer Adham, managing director of Conoco Phillips’s water sustainability center at Qatar Science and Technology Park.

This entry was posted in 2012 and tagged doha, environment, qatar, water. Bookmark the permalink

One Response to Qatar’s Water Woes