The social life of migrant laborers in Qatar leaves much to be desired. Maha Ansari and Amna Elsaka report. 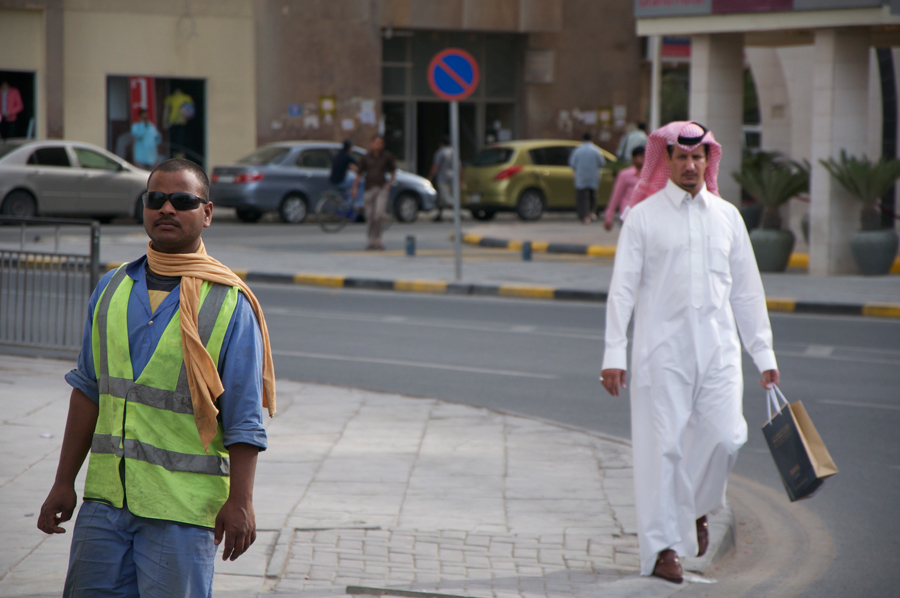 By Maha Ansari and Amna Elsaka

Sher Afgan Raja works 54 hours a week as a surveyor at the Gulf Contracting Company in Qatar.

On his one day off, the Pakistani spends his entire morning playing cricket with his colleagues.

“I love cricket. There is an official match between our colleagues on every off days and I participate all event of cricket,” Raja said.

Although these cricket crazy workers enjoy playing this sport every week, there is unfortunately not much else they can do in their free time. In an effort to combat this social issue, a new entertainment complex built especially for migrant labor workers is near completion in the industrial area of Qatar.

On the one hand, this is seen as a possible solution to the boredom these laborers face every day.

On the other hand, some say that this is a case of “separate but equal” treatment.

“It’s a bit violent to be invited to be part of a nation’s growth, and then be told that you can’t share in the public spaces of that nation. I don’t think world history has shown that segregation is a good idea, segregation of space,” said Trinidad Rico, an anthropologist at the University College London in Qatar.

The complex, which is near completion, will include facilities such as restaurants, a movie theater and a cricket stadium. It is part of a larger effort to reduce the influx of labor workers going to the main city for diversion.

Not all labor workers are aware that this stadium is being built. But the ones who are seem to be looking forward to its completion.

“I am very excited. Looking forward,” said Chabhi Lal, a Nepalese labor worker who has been in Doha for 20 months.

But some wonder if this complex is really enough, and medical professionals worry it is not clear whether it will solve many of the problems faced by laborers in Qatar. Having time off to work to relax is a basic human need that all laborers should have the right to, doctors said.

“At the psychiatric hospital, we see several instances of young workers who get depression, anxiety, and sometimes they get into self mutilation – basically suicidal attempts as a cry for help,” said Dr. Ziad Kronfol, a professor of psychiatry at Weill Cornell Medical College in Qatar and the vice president of the Asian Federation of Psychiatric Associations.

Stressed-out low-income labor workers have also been releasing their restlessness through the consumption of cologne as liquor, according to a warning issued by construction industry officials. The workers would buy cheap cologne from supermarkets and consume it by mixing it with soft drinks. This is not only hazardous to their health, but it has also led to a loss of productivity among workers, industry analysts said.

Sixty-two percent of migrant labor workers in Qatar are currently married, with the majority of their spouses being outside the country, according to a study conducted by the Social and Economic Survey Research Institute (SESRI) at Qatar University. Being away from their families further adds to their stress.

“They really live in very difficult conditions. They leave their country of origin, their family, their spouses and their young children and they come here looking for a better life. This of course affects their productivity and their mental health,” added Dr. Kronfol.