Qatar’s public transportation leaves much to be desired. But there is hope on the horizon, Alanna Alexander and Munazza Sayed report. 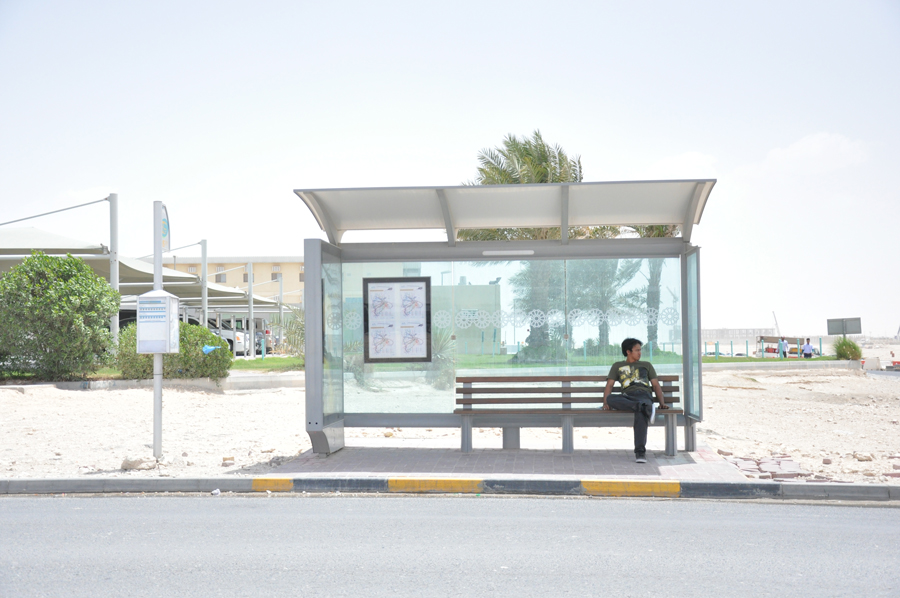 By Alanna Alexander and Munazza Sayed

In a country where extreme heat makes walking impossible and driving a vehicle is downright scary, many of Qatar’s nearly 1.8 million residents rely on public transportation to get around town.

But a severe shortage of taxis and the overcrowding of buses can turn even a simple trip to the grocery store into an unwanted adventure.

“There are many times that I wish I had a car because it has been too hard to depend on taxis and buses,” said Omer Mohammad, a 20-year-old senior at Northwestern University in Qatar.

Qatar’s public transportation consists of a fleet of taxis that has disappointed residents in both its size and quality of service, and a bus system that mainly caters to the country’s unskilled, mostly male, workforce.

Government-owned transportation company Mowasalat’s 1,800 taxis and 2,500 buses serve as public transportation for the entire city. The company is expected to add an additional 500 taxis to the road this month, but residents say it still won’t be enough.

“Finding a Karwa is very rare in Doha. I don’t know why,” said Ahmed Abdel Karim, who once waited an hour in the Gharafa area until he flagged one.

The lack of reliable, safe and sufficient public transportation has led some people to choose more expensive ways of getting around.

FOX Transport is one of several private taxis and limousine companies in Doha who have opened up shop to meet this demand. Manager Mona Rouhana said the company has 200 taxis and around 900 bookings every 24 hours.

But such taxis can be expensive and can require bookings to be made at least an hour in advance.

Public transportation has been especially difficult for women who fear for their safety and are bound by other cultural restrictions.

“Every time I see the buses from outside I only see men in it and I am always afraid that I may be the only woman on the bus,” said Anne Marie Soriano, a Filipino saleswoman at the Body Shop who has lived in Qatar for five years.

“I can’t just get into a cab anytime I want. It’s just not in our culture to do that,” said Sara Al-Sulaiti, an 18-year-old, who has had a personal driver since she was 13. “Every time I ride in a Karwa, I make sure that I have my phone with me … especially in the night,” Soriano said.

Waiting outside shopping malls, grocery stores and local souqs, the illegal business of non-professional drivers is thriving in response to the infrequent supply of taxis.

“I am not always afraid for my safety because I am usually with a group of people so I don’t mind calling him (the illegal driver),” said Lana Khaleh, a student at Carnegie Mellon in Qatar who uses the services of an illegal driver frequently. The increase in the number of cars that are now on the road is also in response to ineffective public transportation in the city.

“The roads in Doha are going to be inevitably jam-packed with vehicles and residents will be frustrated with roads blocks due to inefficient road construction planning,” local architect Romi Sebastian wrote in a recent piece for the Green Prophet, a regional publication on sustainability.

Scarcity of taxis and overcrowding of buses aside, the experience of both has proven to be dissatisfactory. “We have seen that sometimes bus drivers go crazy and we’d rather take a private taxi instead, said Jassim Al-Thani, a Qatari student at Northwestern University in Qatar.

Change on the horizon

The transportation system in Qatar holds the promise of change. Qatar recently announced plans to begin construction of railway, early next year – though the project isn’t expected to go online until at least 2020.

And the Central Municipal Council, Qatar’s only elected body of representatives, has asked Mowasalat to add female drivers to make transportation more comfortable for women here.

Meanwhile, though, the current situation makes it difficult for most residents to remain upbeat about the future.

“I don’t think things will change much. There is an understanding that things are supposed to be this way,” said Mohammad, who has lived in Doha for six years.